To share your memory on the wall of Victor Porter, sign in using one of the following options:

Vic left this world knowing, without a doubt, that he was deeply loved by Val, his wife and best friend of 40 years. Vic passed-away at University Hospital, London, in his 70th year after a courageous and determined fight with complications that followed brain cancer surgery. He will be remembered as the brother of Glenda (Blake) Chappelle of North Bay, Ken (Mary) of Parry Sound, Leo of Calgary, AB (who Vic enjoyed chatting with over the phone) as well as many nieces, nephews, co-workers, acquaintances, neighbours and his cousin Jim. Vic is the cherished son in-law of George and Beryl Atchison of Caledon East and brother in-law of Keri (Grant) Porter of Orangeville, Vicki (John) Kidd of Markdale and Craig Atchison (Toronto). Vic was predeceased by his parents Earl and Norma Porter, brothers Bob and Carl, sister Anne Somerville and his lifelong friend Gary Barnes.

Vic was an avid NASCAR fan as well as a spectator and participant at local short track speedways. Vic loved being outdoors, cutting grass, blowing snow and having bonfires. He loved animals and animals loved him (especially his dog Finn and cats Bobalou, Freckles, Shadow Isobel and Toni Grace). Vic was a country boy at heart and enjoyed being called ‘Farmer Vic’ by his friend Stevie. He had a passion for music, especially Classic Rock and identified with the song ‘Sunny Days’ by Lighthouse. Anyone who knew him knew of his endless sense of humour which was appreciated by the outstanding medical staff who cared for him. He never missed an opportunity to crack a joke or throw out a pun. Vic was a rough carpenter and single-handedly build numerous structures over his lifetime. He liked to work alone and clearly stated the best way for anyone to help him was to “stand back five feet”. At the beginning of his illness Vic managed to complete a bird house requested by his mother-in-law. Maybe one of these days the birdhouse will finally be placed by the window it was built for! As much as Vic was very social when out and about, he was a homebody who cherished solitude and silence. Long term family and friends will speak to Vic’s incredible memory and ability to recall events and details from well into his past.

At Vic's request, there will be no service held. (He stood 6 feet 5 inches tall but preferred to keep a low profile.) Vic has been cremated and will be laid to rest in the spring at St. James Cemetery in his hometown of Caledon East.

In lieu of flowers, memorial contributions to Vic’s favourite charity, the War Amps Foundation(which can be made through their website https://www.waramps.ca/ways-to-give/donate/) would be gratefully appreciated. Online donations and condolences at www.fawcettfuneralhome.ca 888-924-2810.
Read Less

There are no events scheduled. You can still show your support by sending flowers directly to the family, or planting a memorial tree in memory of Victor Frank "Vic" Porter.
Plant a Tree

We encourage you to share your most beloved memories of Victor here, so that the family and other loved ones can always see it. You can upload cherished photographs, or share your favorite stories, and can even comment on those shared by others.

Posted Oct 19, 2020 at 08:43am
Sorry to hear about Vic we only have great memories of Vic. He will be missed . Take Care Val. Penny and Lonnie Cann
Comment Share
Share via:
AC

Posted Oct 18, 2020 at 07:48pm
My sincere condolences to you Val. I have so many fond memories from going to Varney with you guys and my Mom and Dad to hanging out. We also got our Gizmo off you guys. Love and miss you xo
Comment Share
Share via:
LB

Posted Oct 18, 2020 at 09:47am
My deepest condolences to the family, I grew up with Victor in Caledon East and I too remember him as a gentle giant. He will surely be missed by all that were fortunate to have know him. R.I.P Victor.🙏
Comment Share
Share via:
GM

Posted Oct 17, 2020 at 03:42pm
We have known Vic for many years and he always seemed to be of the same sweet temperament every time we met. His dedication to those with whom he worked at SEGSS was beyond challenge.
Sincere sympathy to you, Val, at this sad and difficult time.
Anne and Gerry McNalty
Comment Share
Share via:
D

Vic was a dear friend of my parents whom along with Val shared many good laughs and they always had the best snacks :) my deepest sympathy and love to Val. Hugs 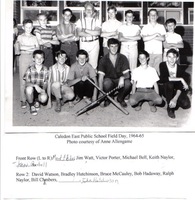 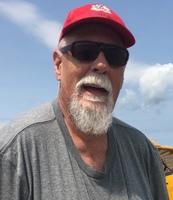 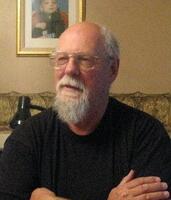 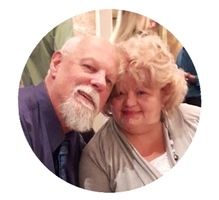